Perspective; do we have any when it comes to dealing with sex offenders?

Home » random acts theatre » theatre » Perspective; do we have any when it comes to dealing with sex offenders? 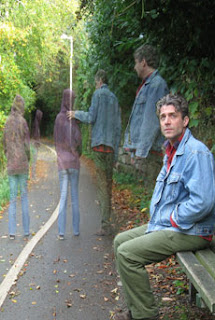 I write that title, not actually referring to real sex offenders. My experience is coming from the overt fear Adam and I have encountered when it comes to casting a child in a role in a play that deals with the rehabilitation of a sex offender.

Twice now, we have been knocked back by a theatre school and drama teacher respectively when asking about casting the role of Robin in Stephen Fechter's 'The Woodsman'. The actor needs to have a playing age of 12, though we have been explicit in our desire to cast someone older, as we understand that a certain level of maturity is needed to deal with the subject matter. We have also repeatedly stressed our willingness, as a company, to talk with parents and guardians about the role; something which will be crucial as everyone is so keen to dismiss it without even asking to see sides from the script. And I can't help but feel this will happen time and again because people are scared of this difficult subject matter.

Don't get me wrong, I do understand that there is a certain reluctance when it comes to suggesting a role such as this, as the theatre school and teachers will be concerned about the reputation they have with parents. What is bothersome is that this is a fantastic opportunity for an adolescent to be part of a professional production which is not all glitter and bells, but which really attempts to engage with a new way of thinking.

I am not a parent, and can't speak for them,  but I do think that were I to understand that the part entails only two scenes, with no contact, and that the play, while being directed at an adult audience, has no direct reference to the offences protagonist Walter has committed, I would be happy for my hypothetical child to take part. Even more so, when knowing the reputation Random Acts Theatre has for artistic excellence, and for fearlessness.

I hate the idea of a new generation of young actors who are sheltered from the realities of gritty drama. It's little wonder that when meeting drama undergraduates you're met by people who strive towards being a 'television presenter'.

I want a generation of actors who are artists who want to express something difficult and true.

The truth of the matter is that Stephen Fechter's play is a fascinating character study, and actually forces us as individuals to consider whether or not we treat offenders fairly.

I suppose, I shouldn't be surprised, given that the primary reason for putting up this show is to attempt to articulate the complexities of certain criminal cases, because there is so much blind, ingnorant hatred.

I just want a little more open-mindedness when it comes to producing worthwhile art.
Posted by KJW at 18:20