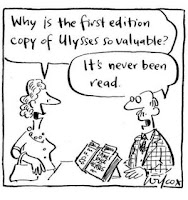 I have always charged through books at break-neck speed, when I've had the time. I love becoming totally absorbed and losing hours to reading. However, I have also carried on reading many books that I just wasn't enjoying. Granted, sometimes this was due to it being on my course syllabus, or because I felt I ought to read something because I was an English Literature student (ahem...Ulysses).

Sometimes ploughing through a book has turned out to be rewarding, even if it's just for the pleasure of being able to say 'Yes, I've read Ulysses from cover to cover'. However, there have been more occasions, where I haven't really enjoyed forcing my way through an unsatisfying story.

So when is it ok to give up on a book? I was having this conversation recently with several other book lovers, and there seems to be a shared level of guilt at not finishing a book. I know I see it as a kind of personal failure, as though I haven't been concentrating enough, as though it's my fault that the book isn't grasping me.

Rather than giving up on a book, I tend to leave it until later. Sometimes I don't feel like Sartre or Zola, but am in the perfect frame of mind for a Chuck Palahnuik (is there ever a time when a Palahnuik doesn't go down well?).

These days I'm finding myself with more free time on my hands for reading than I did when I was studying, and I'm coming to realise that I should learn to know when to say enough is enough with a book I'm not enjoying.

Recently I was reading one of those books that has two parallel stories being told in different historical periods. I was kind of enjoying the bit set in War torn Europe, but there was a ridiculous adjective heavy romance story taking place in the present day that I simply could not take seriously. I waited until I was nearly half way through before giving up on it, but I'm so glad I did. 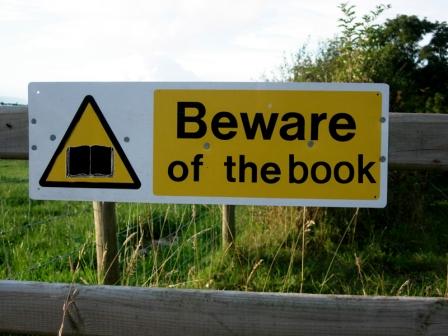 I felt relieved because I knew the writing wasn't great. Now, I'm not being snobbish; I've really enjoyed reading a lot of bestsellers recently (see book reviews), but there is a difference between a bestseller with good story, and a disposable paperback.

I've decided I won't feel guilty about not finishing a book anymore. Life is too short to turn one of my favourite leisure activities into a chore. And sometimes, the writing just isn't worth it.
Posted by KJW at 19:51