Book Review: Nathan Filer's "The Shock of the Fall" 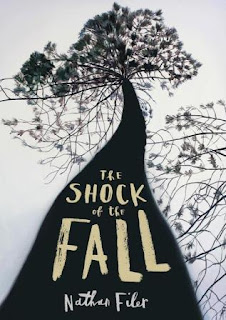 The Shock the Fall is such a gripping, skilful novel, it’s difficult to believe it’s Nathan Filer’s debut. Narrated from the point of view of Matthew, a disturbed young man who cannot shake the guilt he feels at the death of his brother, it is both a difficult and rewarding read.

What I enjoyed about this book, was the self-awareness of Filer’s protagonist. Other novels which deal with mental illness fall into the trap of oversimplification; the character is simple minded and therefore difficult to empathise with. This is not the case for Matthew, whose intelligence and consciousness of what he’s done is what makes the story so interesting. His manner of expression is easy to relate to, and his abnormal behaviour is somehow understandable because of all he’s been through.

As readers, we are led to consider what it means to have a mental illness that will never be cured. Filer refuses to give us a happy resolved ending, and what makes the story so sad is that Matthew will have to go through similar periods of difficulty for the rest of his life. Filer is a trained mental health nurse, which perhaps explains his desire to write something which conveys the reality of serious psychiatric problems.

This is an astonishingly accomplished first novel from one of the region's up and coming writers.

This review was first published at Literature Works.

Buy the book: The Shock of the Fall

Buy for kindle: The Shock of the Fall (Special edition)