Home » personal » perspective » 2013 - The Highlights
It's no particular secret that 2013 has proven less than the year I would have hoped, despite moving to a new city. Life is full of ups and downs though, and I wanted to remind myself of the best bits of this year (in no particular order).

1. Failing my Goodreads Challenge
Yes, I started off wanting to read a book a week and I got off to a sterling start, but as ever, life got on top of me and I failed the challenge I set myself. That's not to say that I didn't have a damn good time reading this year's books. Highlights include my intense flirtation with all things Zelda Fitzgerald including two contemporary novels about her and her love letters to Scott. And who could forget the beautiful A Possible Life by Sebastian Faulks and Karl Ove's A Man in Love? I may not have met my target, but I enjoyed some excellent books this year. 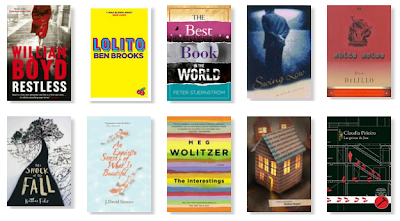 2. Watching Adam's Work on Stage
At the start June the pair of us headed up to Greenwich in London as an extract from Adam's play Suffering in Sirens was selected by Vertical Line Theatre to be part of their latest scratch night. Five plays were selected from new writers, and over a weekend, directors and actors came together to rehearse a twenty minute section of each play. I was so proud as the performances began to a packed audience of over 150 people. The director did a good job with Adam's work, bringing his characters to life for us all to see (the other plays weren't bad either!). 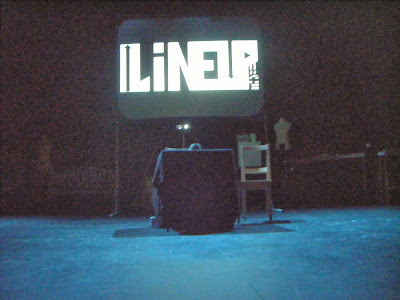 3. Spontaneous Trips
I like to plan things in advance, but this year I took a few steps out of my comfort zone and went away spontaneously a couple of times. The first occurred when I saw the wonderful event on Afghan Culture at the Southbank Centre. One quick booking later, and I was off to London the very next day for a solo adventure. In June, I booked a holiday to Spain and the next weekend we were ferrying across to Santander. We had some great weather and even managed to swim in the sea. Last, but not least, after feeling particularly down in the dumps, Adam and I went on an overnight trip to a lovely little B&B in St Ives to cheer ourselves up. I hope 2014 leads to just as many spontaneous little adventures. 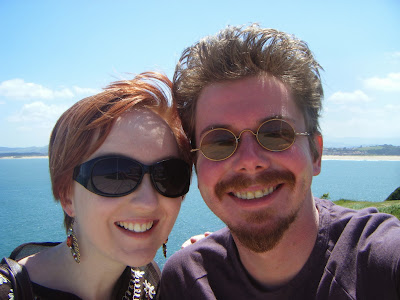 4. Dad's Retirement from Teaching
In July, after a long career as a secondary school teacher, my Dad finally joined my Mum in taking early retirement. We had a party at the house to celebrate with his colleagues and close family. The weather was fine, the food was good, and the day was a resounding success. He was in no doubt as to whether the decision had been the right one, and a few months later he and Mum were jetting off to Australia and New Zealand for their trip of a lifetime (they're now planning several more 'trips of a lifetime'). 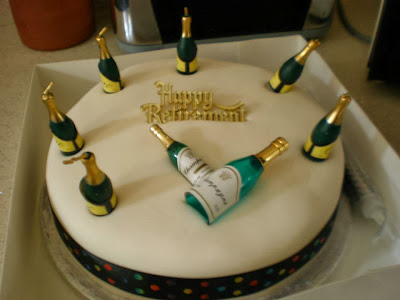 5. Plymouth International Book Festival
Job-wise, one of the highlights was definitely playing a big part in planning and delivering Plymouth International Book Festival with my brilliant colleagues. While there were definitely moments of stress and strain in the lead up to the festival, the events went off smoothly and we've learned valuable lessons on how to make it even better in the coming year. I also made some great discoveries in terms of new writers, including Alison Moore and Inua Ellams. 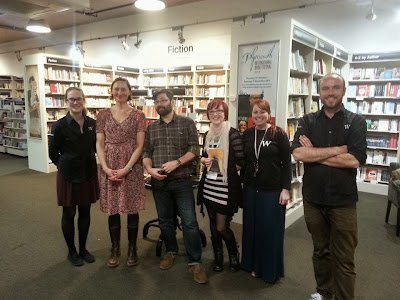 So while I may be pleased in many ways to see the back of 2013, there were still some great experiences. Here's hoping for even more in 2014!