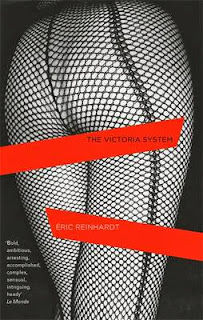 David Kolski had made a private vow never to sleep with the same woman twice, until he meets Victoria. Instantly, their desire for one another is powerful, frightening even. The pair soon become embroiled in a full blown affair; obsessive texts and e-mails, passionate nights in luxurious hotels, and a desire which continues to burn.

As a high flier at a multinational corporation, Victoria has everything she could ever want, and her ideology is at odds with David’s more liberal views on the world. As they come to know more about one another, David struggles with his resentment towards Victoria’s role in the capitalist market. But after Victoria offers to help David professionally, their relationship takes a disturbing turn, testing the limits of sexual excess.

Buy the book: The Victoria System

Buy for kindle: The Victoria System