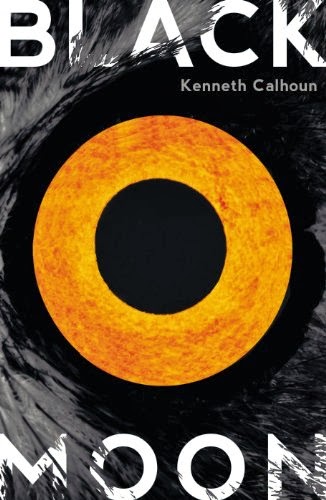 Imagine what the world would like if people stopped being able to sleep? This is precisely what Kenneth Calhoun's dark debut novel investigates.

Following the journeys of a variety of characters as chaos descends on a world where people are unable to get the rest they need to function, Calhoun's book provides a fascinating read. From the outset as Biggs (one of the few characters inexplicably still able to sleep) sets out in search of his lost wife, Carolyn, I was sucked into this disintegrating world.

As readers we drift between characters; whether is Felicia, the student at a sleep research centre, Chase and Jordan, two young men who do over a drug store in order to stock up on sleeping pills, or Lila, a lost girl whose parents sent her away for her own safety. People speculate as to what the human race has done to deserve such a cruel fate. Communications quickly break down and people are slipping into demented states in which anyone who can sleep is hunted down.

There is an element of the zombie apocalypse to Calhoun's novel, but it is more impressive than other comparable works, in that the writing leaps off the page, drawing us into the hallucinatory, sleep-deprived world. We are left wondering what is real and what is not, and very often horrified by the events which unfold.

The central preoccupation of the novel is the value of human dreams, as even as the scientists in the book discover a way to switch off the human brain for survival, the capacity to dream can never be replicated.

This is a thoughtful, highly imaginative novel.