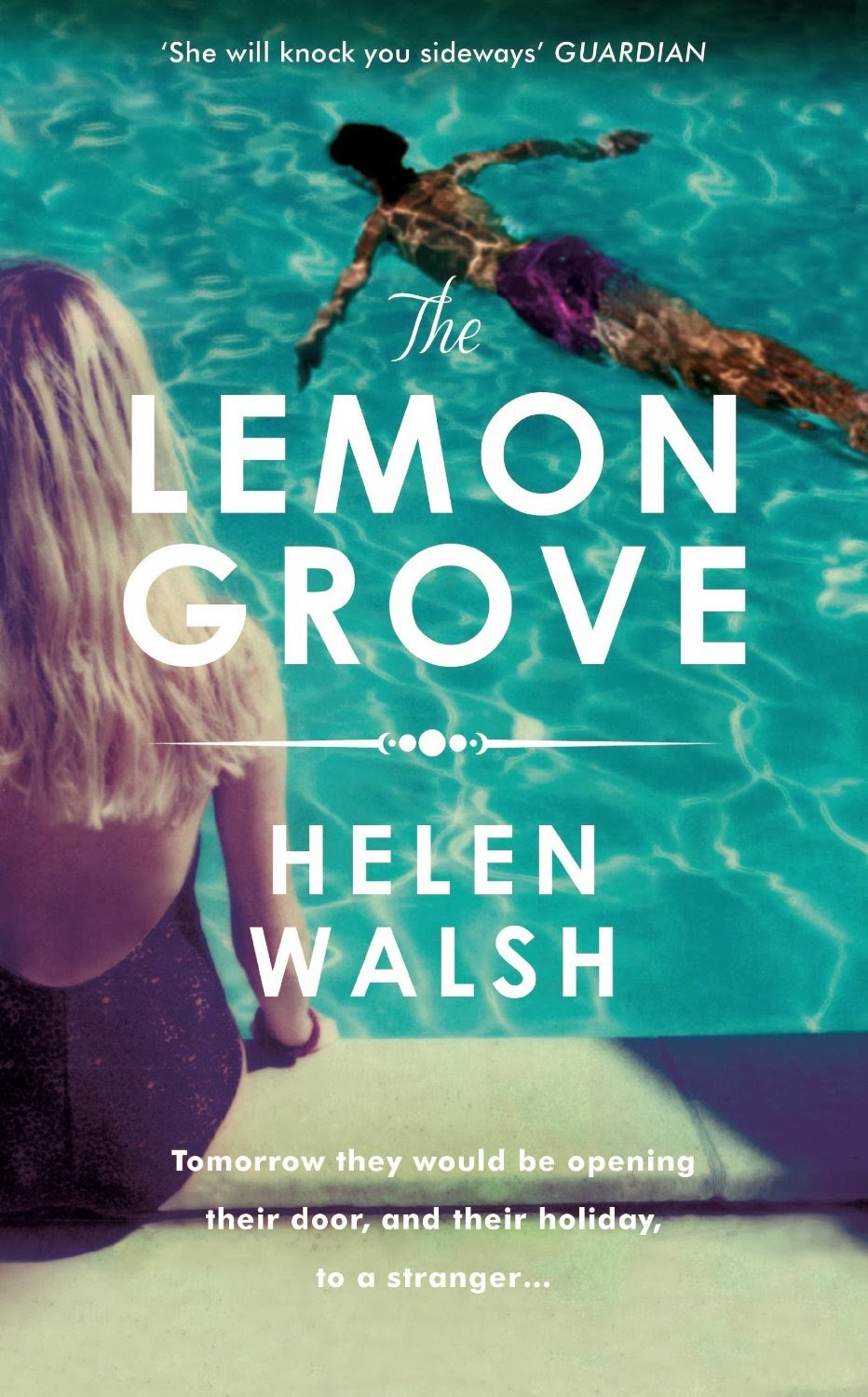 The Lemon Grove follows Jenn, a woman on a trip with her husband in Mallorca, enjoying the heat and abandon of their annual holiday in the sun. However, when Emma, Jenn's stepdaughter brings along her new boyfriend, Nathan, things take a worrying turn. Jenn quickly becomes entranced by the youth, beauty and apparent idealism of this young man. As their encounters become more heated, it becomes evident that Nathan has changed their lives for good.

I'll start by saying that I enjoyed this book on a very surface level, like watching your favourite trashy TV programme. Walsh's evocation of the heat and passion of the holiday is good and her sensuous prose brought the scene to life. I could feel the hot stone slabs beneath Jenn's feet, the crisp sip of cold wine on her lips, and see the golden, tanned, lithe body of Nathan. Come on, who couldn't do with a little sunshine fantasy given the weather we've been exposed to recently?

However, as this book was billed as a dark tale of obsession where people's lives were put at risk, I found I spent the entire time waiting for the inevitable disastrous twist that would bring the story to life. As it is, this never really came.

Jenn begins a relationship with Nathan which is based entirely on lust. Walsh writes the sex quite well, though I anticipate it taking some by surprise (there are multiple sex acts depicted). The problem isn't really the writing, but that it seems somehow hard to believe that Jenn would behave so recklessly, so quickly, especially given the fact that it's a double betrayal. I don't mind a character behaving badly, but this behaviour jars with the impression we've been given of Jenn at the start of the novel.

Overall, the conclusion was a let down and the moment of high drama I anticipated simply never came. I think this is an instance of the marketing team taking a wrong turn in how the book is presented to the public.

Buy the book: The Lemon Grove

Buy for kindle: The Lemon Grove