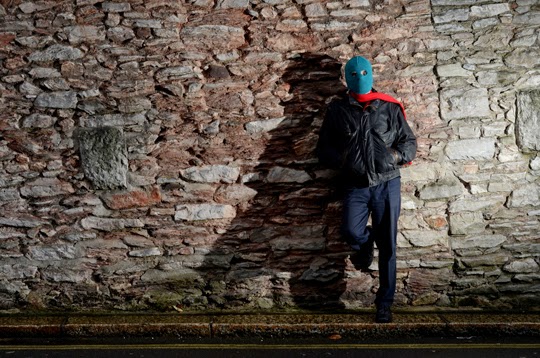 This devised piece from Plymouth based company Pilot's Thumb explores weighty themes with varying levels of success. Staged simply in the Black Box at Exeter Phoenix, the play focuses on the unlikely friendship between two women in prison: Rebecca, a troubled feminist activist and mouthy, soft hearted Jo.

The narrative of the piece is disjointed with conversations in prison interspersed with videos, text, and movement. While some of these stylistic choices were interesting, such as projecting the words of suffragette Emily Pankhurst, at other times these interludes were disorientating, removing the audience from the story. It felt as though the company tried to do too much in a fifty-five minute show, with multiple storylines exploring Becky' s increasingly extreme protests, Jo's brother's trial following accusations of violence against prisoners in Afghanistan, and Jo’s friendship with an older ex serviceman, Martin.

That said, it is encouraging to see experimental work from a local company and the scenes between the two women in prison worked particularly well; the contrast between their ideas and upbringing provided an interesting place from which to launch an exploration of themes such as the oppression of women and the value of social protest. While both Williamson and Keogh brought energy to their roles, demonstrating nuanced and varied performances, the rich subject matter remained sadly under explored. This is a piece that has great potential and it would be good to see it developed further in the future.

This review was first published in Wildfire, the daily critical review for Exeter Ignite Theatre Festival 2014.
Posted by KJW at 15:35