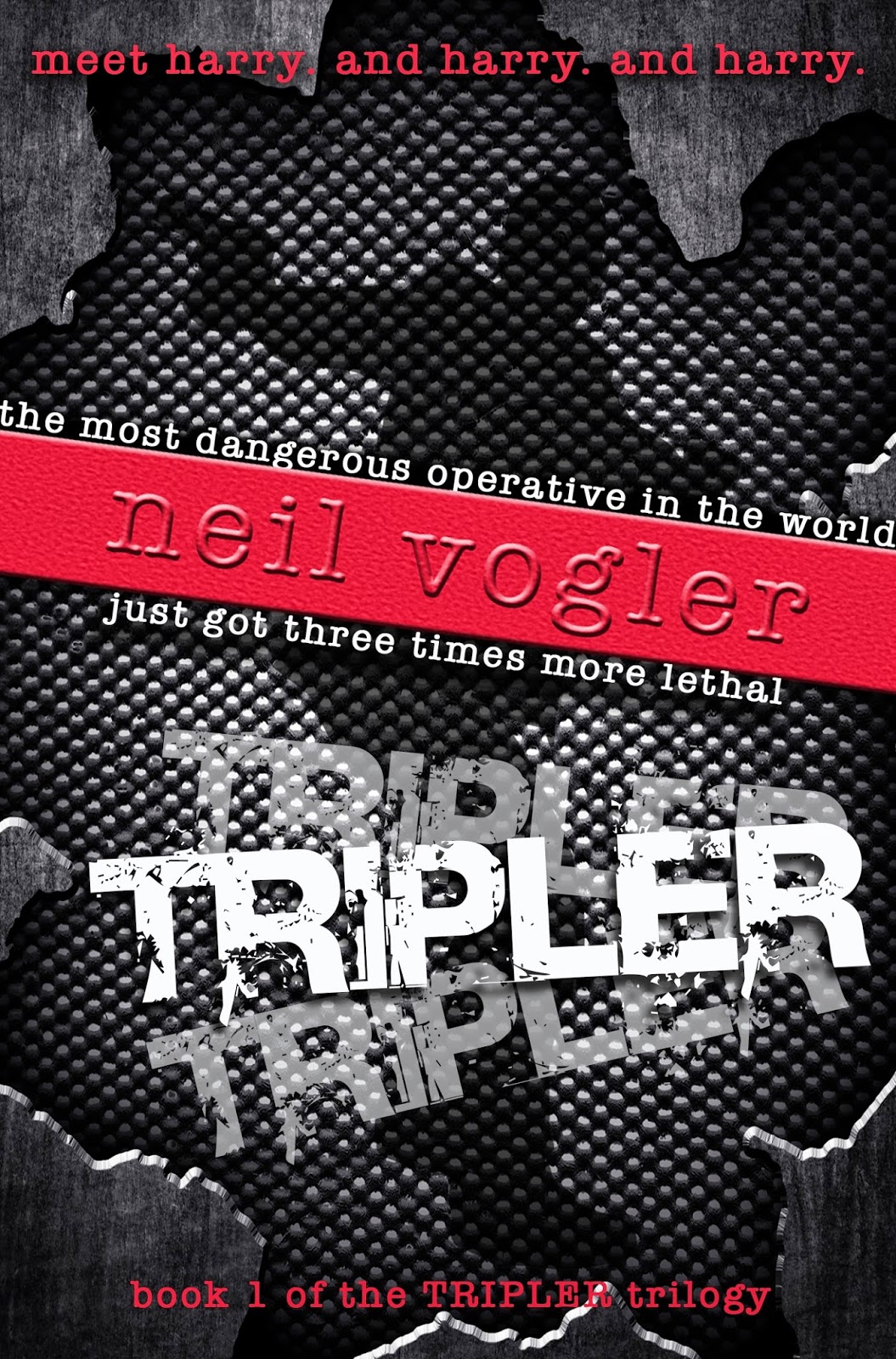 Science fiction stories hinge on their central concept and in Neil Vogler's debut novel, Tripler, he's nailed a concept which is original and intriguing. I already knew this, having read the anthology of tiny fictions he contributed to in 2012 (We Are Now), in which the Tripler concept was first made public.

In those vignettes I was introduced to a dystopian future where a threatening virus enables humans to triple, that is, to create two additional versions of themselves. In itself this may not seem like a bad thing, though the virus puts pressure on the individual until their identity becomes so fractured, they commit violent and cruel acts.

In the first of the Tripler Trilogy we are introduced to Harry Allwear, a man who hunts and kills Triplers. His story becomes complicated when he is captured and infected with the virus himself. Once rescued, Harry must earn back the trust of those he works for, while keeping a handle on his Versions.

Vogler's writing is energetic and visceral. I was astonished at how visual the story was for me and I maintain it'd make an excellent sci-fi action movie. Harry's physical and mental limits are tested time and again, and it's fascinating to see how he develops as a character. The book is everything you want in a good sci-fi story: it's exciting, unpredictable, and unashamedly dark. As I read the final pages I was left wanting more, as Vogler infers that there is much more exploration of the limits of self and the fractured nature of identity to come in future instalments.

This is an enjoyable book, and one which strikes a balance between a pacey plot and interesting ideas. It goes to show that there are some great indie publishers out there, publishing work we should all be taking notice of. Now I must wait impatiently for the next book...

Tripler: Book #1 of the Tripler Trilogy (December House) can be purchased via the link for a mere 99p. If you'd like to 'try before you buy', Tripler: The Beginning

(those fictions first published in We Are Now) is available for free.
Posted by KJW at 18:28