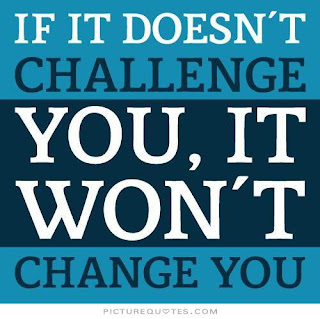 If you're anything like me (and I know there are many of you who are), you put a lot of pressure on yourself to achieve, to make progress and push yourself beyond those limits. And no matter how much I accomplish, I rarely take time to sit back and value the things I have done. So at the risk of sounding boastful, I thought I would take stock of some of the things I've made happen this year and take a moment to appreciate them.

1. Became a proper freelancer
Partly inspired by feeling a bit hemmed in at work, I decided to put myself out there and make a concerted effort to land some freelance gigs via Peopleperhour. Since August when I landed a job setting up someone's blog and social media accounts, I have found myself editing copy for a major women's awards ceremony, managing social media for a new animated television series for children, and helping people write the perfect covering letter. It's fulfilled a real need I had to be using my written skills and achieving a little independence. The freelance life is certainly not something I could do full time though it's been a great way of boosting my confidence in my own ability.

2. Fundraised for a theatre production in London
While A and I are still working on getting The Gog/Magog Project up next year we've raised an incredible amount on our Crowdfunding page (thank you so much to those of you who've given so generously). We'll working on applications to raise the balance and hope to be able to update you in January.

3. Written a novel
When the idea of taking part in National Novel Writing Month first occurred to me, I was very uncertain if I'd be able to manage it, with a full time job, social commitments and my seemingly unending need for sleep during the Winter months. But taking on the challenge and completing it was something I really needed in order to prove to myself how much I am capable of. Obviously the dream now is to finish off the manuscript, edit it to within an inch of its life and maybe try to get it published. Maybe something for an achievements in 2016 post!

4. Maintained a work life balance
This may seem like a tenuous one, but I think it's quite a challenge when living in London to maintain that work life balance. There can certainly be a pressure to work long hours, but I'm pretty happy with sticking religiously to my 9-5 working day. Sure, I could stay late but once you start on that road it's pretty tough to go back.

5. Asserted myself
My annual review at work picked up one or two minor areas for improvement, including my assertiveness. I fear I can sometimes me a victim of my own good manners, not wishing to cause offence to the point of not being tough enough. There have been a couple of very boring issues at work which have involved my playing hard ball quite successfully. I've also found my feet in our office now and have spoken up about projects I want to manage going forward. I've learned that sometimes all you need to do is ask.

How about you? What have you accomplished this year?
Posted by KJW at 06:44